Trading through the blogosphere can be difficult for many collectors. Of the 30 MLB teams, there are maybe 10 that collectors even care about. The other 20? Meh. Is it any wonder you have boxes upon boxes of singles (featuring commons and stars) sitting in your hobby room closet? But for set builders like myself, internet trades can be a wonderful opportunity to pick up those much needed singles and inserts while bringing much relief to the party on the other end of the deal.

So instead of vying for those precious Dodgers or Cubs cards with numerous other collectors, I’ll settle for your Twins and your Padres; your Marlins, Mariners and Mets. Yes even those Rays and Rockies!! They are the outcasts of the hobby and I will accept them (and even a Dodger, Yankee or BoSox player) with open arms.

Yes, I’m fully aware that the HanRam card shown above is upside down. But after all my problems uploading the past two weeks and having to scan these with my cell phone, I have no more sh*ts to give.

Every card you see in this post comes from the Night Owl. I had contacted Greg a short time back to see if he was in need of certain *ahem* Dodger cards and made him earn them by drudging through my wantlists.

It was the trade that almost wasn’t, as Greg seemed to have had problems with his hard drive (memory). Now, in his defense, it sounds like the man does have an impressive collection- and with bajillions of Dodger cards created each year, one can see how he might lose track which ones he has and which ones he doesn’t have. If you’re a metal fan and are familiar with VH1’s That Metal Show, then you know what I’m talking about when I say I felt as if I had “Stumped the Trunk.”

A couple things: I loved those Baseball History cards from 2015, as well as this year’s birth-year rookie cards found exclusively in Target and Walmart. Three of the Bambino were a surprise and it’s a good day anytime I can get a card of King Felix and Arod in a Mariner’s uniform. 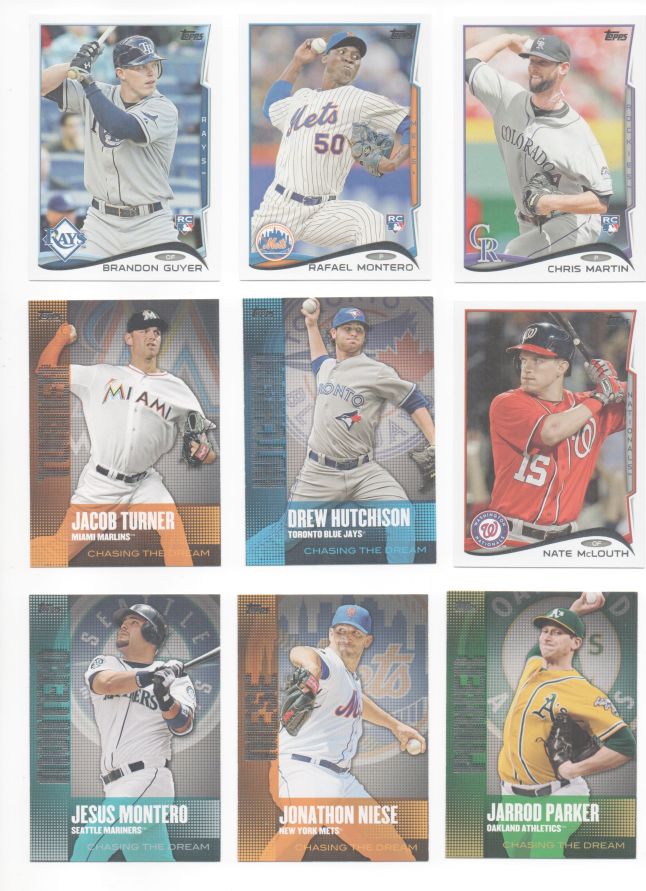 Not only did the Owl include all those forgotten inserts, but he also sent a few cards I was needing for the 2014 Topps Update base set. And why am I chasing down all those Chasing History cards?

I suppose it’s because someone has to be an advocate for those who are marginalized. Even if it is only cardboard. Thanks again, Greg, for the great trade!

One thought on “The Outcasts”